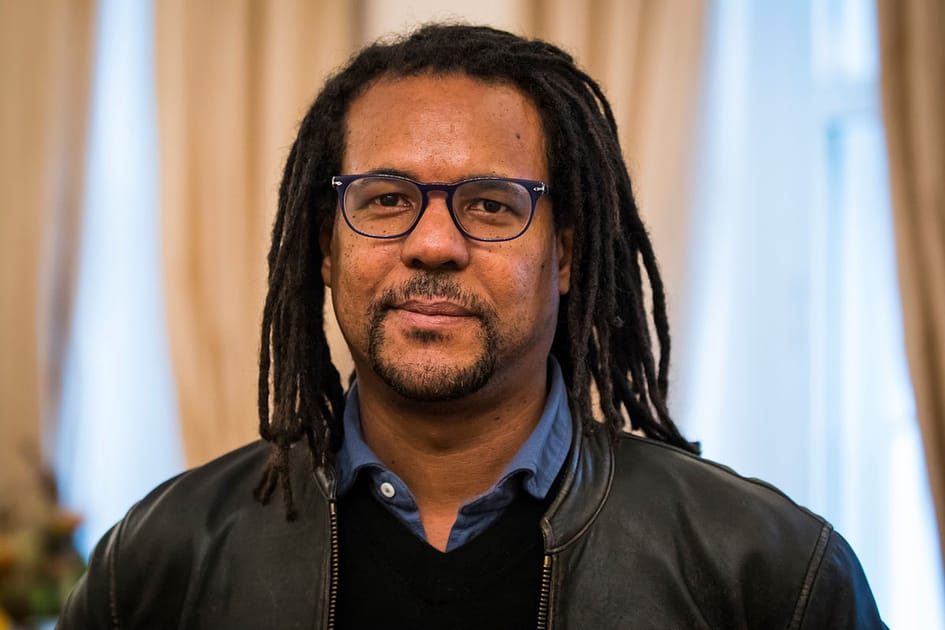 I first became aware of the author after reading his novel, The Underground Railroad when it was first released and was greatly impressed. That book has since been awarded the Pulitzer Prize for Fiction. This year, I’ve selected his work, The Nickel Boys, which is getting even higher marks!

From the “Bio” page of the Colson Whitehead website:

Colson Whitehead was born in 1969 and was raised in Manhattan.

After graduating from Harvard College, he started working at the Village Voice, where he wrote reviews of television, books, and music.

His first novel, The Intuitionist, concerned intrigue in the Department of Elevator Inspectors, and was a finalist for the PEN/Hemingway and a winner of the Quality Paperback Book Club’s New Voices Award.

John Henry Days followed in 2001, an investigation of the steel-driving man of American folklore. It was a finalist for the National Book Critics Circle Award, the Los Angeles Times Fiction Award, and the Pulitzer Prize. The novel received the Young Lions Fiction Award and the Anisfield-Wolf Book Award.

The Colossus of New York is a book of essays about the city. It was published in 2003 and was a New York Times Notable Book of the Year.

Apex Hides the Hurt (2006) is a novel about a “nomenclature consultant” who gets an assignment to name a town and was a recipient of the PEN/Oakland Award.

Sag Harbor, published in 2009, is a novel about teenagers hanging out in Sag Harbor, Long Island during the summer of 1985. It was a finalist for the PEN/Faulkner Award and the Hurston/Wright Legacy Award.

Zone One (2011), about post-apocalyptic New York City, was a New York Times Bestseller.

The Noble Hustle: Poker, Beef Jerky & Death, a non-fiction account of the 2011 World Series of Poker, appeared in 2014.

The Underground Railroad, a novel, was published in the summer of 2016. It won the Pulitzer Prize, the National Book Award, the Carnegie Medal for Fiction, and was a #1 New York Times Bestseller.

His latest novel The Nickel Boys will be published in July 2019.

Colson Whitehead’s reviews, essays, and fiction have appeared in a number of publications, such as the New York Times, The New Yorker, New York Magazine, Harper’s and Granta.

He has received a MacArthur Fellowship, A Guggenheim Fellowship, a Whiting Writers Award, the Dos Passos Prize, and a fellowship at the Cullman Center for Scholars and Writers.

He lives in New York City.