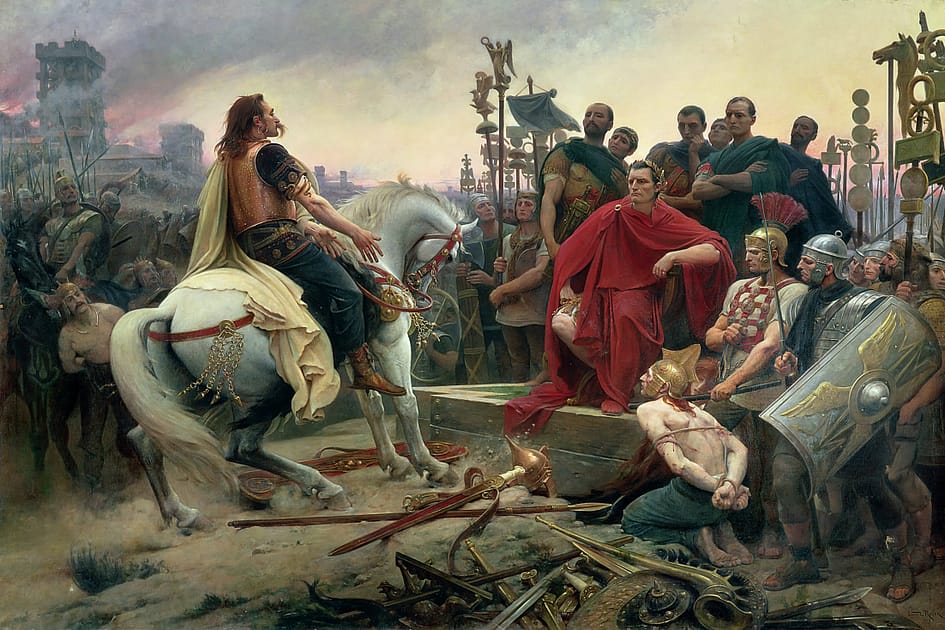 Half a century before the birth of Christ, the area of Europe that is now France, Belgium, Luxembourg, Holland and England, was being settled and re-tooled in the Roman tradition by Gaius Julius Caesar. The Conquest of Gaul is based on Caesar’s own commentaries of the campaigns that took place from west of the Rhine to the Atlantic, from the Alps to southern Britain.

The Conquest of Gaul by Julius Caesar
My rating: 4 of 5 stars

Enjoyable read, takes you back to just prior to the dark ages. Though the Caesars and Roman dominance throughout the period sometimes leave an impression of tyranny, these commentaries show that Julius was very lenient as a leader and showed much clemency over the conquered (perhaps too much so).