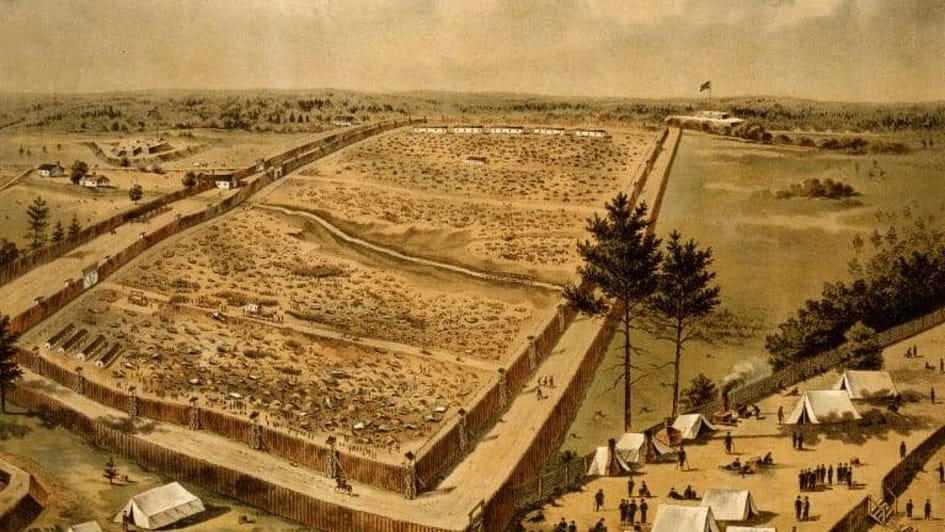 Not until I finished Kantor’s Andersonville did I learn about the award winning movie titled Andersonville. Not bad, an Emmy and a Pulitzer! But, further research indicates that the rights to a motion picture were indeed sold to Hollywood, but the film Andersonville is not the same property as the novel Andersonville, though the historically real Jim L. Ransom, whose diary the film is based upon, is also a character in the novel.

Andersonville by MacKinlay Kantor
My rating: 5 of 5 stars

A friend of mine lent me this novel because I’m a Civil War enthusiast. While historical non-fiction is my primary interest, I had vaguely heard of this book and with “Pulitzer Prize Winner” printed on the cover, I figured it would be a worthwhile read even if it is a “fictional” history.

At the top of the critique list inside is perhaps the greatest Civil War historian Bruce Catton stating, “… best Civil War book ever…”. Though over 700 pages, once I delved into Andersonville, I was captured. I am knowledgeable enough to recognize some of the key characters as being authentic (Camp commander Captain Wirz was one of the few Confederate soldiers to be executed by the Union after the war)so I could tell that much research had been done by Kantor in producing this book.

About halfway through, I realized that Andersonville would make a great movie and was informed that one had been made in 1996 that was quite good.

At the close of the book, I am fairly convinced that this is not only one of the best Civil War novels ever, but possibly one of the best novels I’ve read, period, ever. It definitely goes into my favorites list – I’ll never forget it!