Gettysburg: A Novel of the Civil War – Newt Gingrich 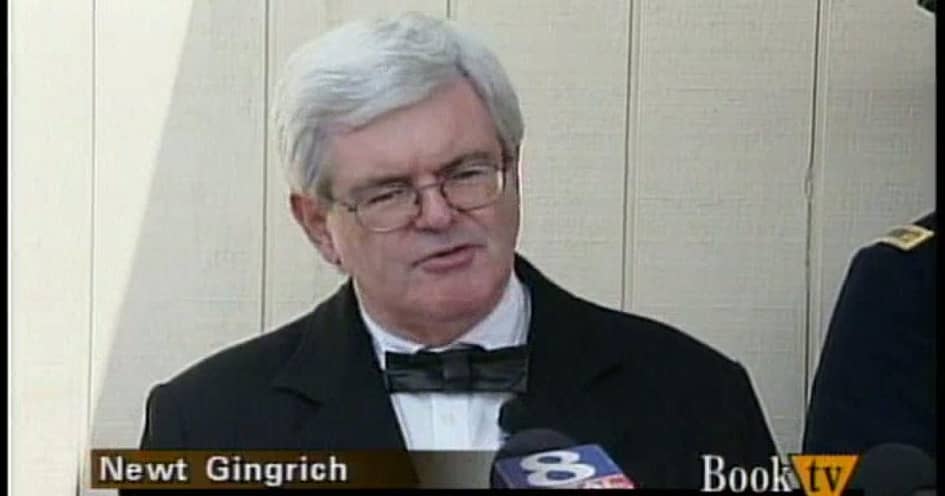 Being an avid history buff, and especially of the American Civil War, I inadvertently picked up a copy of this book with the title “Gettysburg” across the top. After previously reading a work by historian Stephen W. Sears, I hurriedly believed that I was picking up his book titled “Gettysburg”, however, the book that this post is about concerns “Gettysburg” the fictitious novel of what could have happened at the great battle which turned the tide of the war between the states in favor of the Union.

“Gettysburg: A Novel of the Civil War” by Newt Gingrich and William Forstchen, is an historically accurate fiction. In other words, the writers obviously knew the facts in detail when creating it. It does make a person who is an aficionado of the Civil War ponder the “what ifs” should Robert E. Lee have listened to the advice of his subordinates and flanked to the Union left instead of proceeding as he did resulting in the charge by General Pickett, and in turn, the high tide of the Confederate Army.

I would only recommend this book if you are well schooled on the events of the battle of Gettysburg as they actually occurred, otherwise the full impact of story would be difficult to appreciate, in my opinion. There is basically no romantic, humorous or other theme to the book, only pure battlefield drama.

Though I usually enjoy non-fiction, especially in regards to history, I did enjoy this novel of fiction and will most likely read Gingrich’s other well-known work “Grant Comes East” in the near future.

Gettysburg: A Novel of the Civil War by Newt Gingrich
My rating: 3 of 5 stars

Being a history buff, I inadvertently picked up this book thinking it was the “Gettysburg” by Stephen Sears, a well-known history writer. However, it didn’t take long to realize that this is a work of fiction but not to my dis-satisfaction. This novel definitely makes the reader ponder how things would have unfolded if Lee would have flanked Meade as many of his subordinate officers had suggested.