On the Road – Jack Kerouac 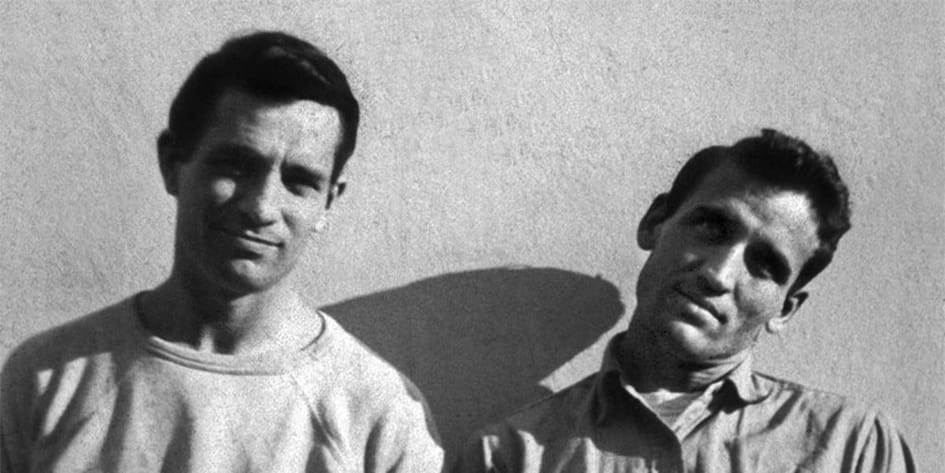 Of course I’ve heard of Jack Kerouac, Neal Cassady, Allen Ginsberg, William Burroughs and the “beat” movement, but until recently, did not realize how much my life has been influenced through music, movies and literature sparked by the “postmodern” generation.

The song “Neal’s Fandango” from The Doobie Brothers Stampede album (I saw the Doobies during their Stampede tour in the 1970’s) is based on Neal Cassady. One of my alltime favorite bands, Steely Dan, derived it’s name from Burrough’s book Naked Lunch (I won’t state how here). The “Sex, Drugs and Rock & Roll” culture of my youth can credit it’s origin to the “beatniks”. In fact, I believe my next read will be Naked Lunch, I might as well stay on this “kick” while I’m still in the groove!

On the Road by Jack Kerouac
My rating: 4 of 5 stars

Reading this put my own life into perspective in many ways, though it is painfully obvious how drastically times have changed since the excursions that were the basis for “On the Road”. Traveling freely around the country by rail, bus or hitchhiking in the late 1940’s – early 1950’s, were much more benign than travel today, for instance, you would be extremely lucky (or extremely unlucky) should you attempt to “thumb a ride” on remote highways of the central plains in this day and age.

In some ways, this novel rekindled my old adventurous spirit a little, but when I think further, I realize that it is old hat (“been there, done that”) and time is way past due to think of more mature, sane pursuits.

Time to move on. Perhaps our society is on the verge of a new movement?