The Horse and His Boy – The Chronicles of Narnia – Volume 5 – C.S. Lewis 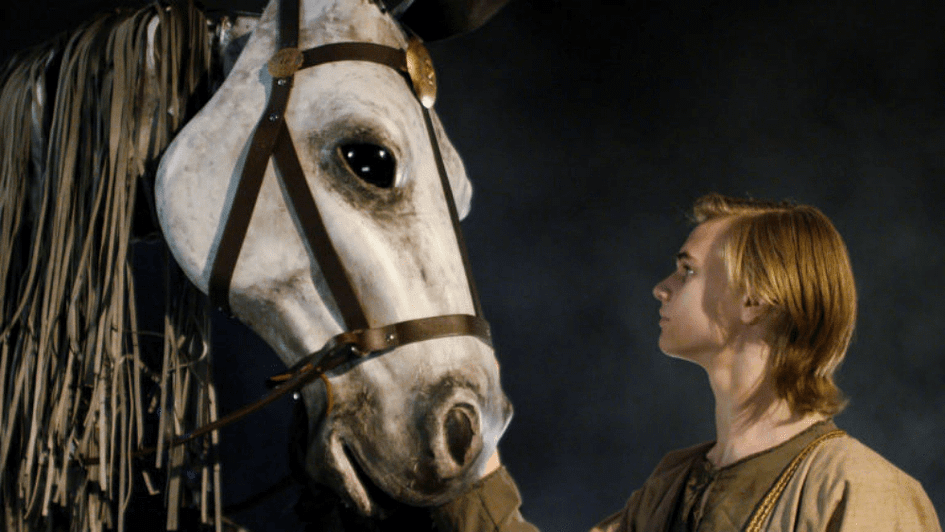 With the complete 7 volume set resting on a bookshelf at Dad’s house, I have been interested in reading “The Chronicles of Narnia” by C.S. Lewis for a several months now, but when a small, 217 page, paperback volume of “The Horse and His Boy” recently found itself in my possession, I decided to go ahead and delve into the chronicles starting with the 5th volume.

My first encounter with “The Chronicles of Narnia”, “The Horse and His Boy”, the fifth novel of the series, was a quick read of fantasy reminding me of Lewis cohort J.R.R. Tolkien’s trilogy which included “The Hobbit”.

Knowing that C.S.Lewis was a devout Christian, I found myself beginning to think about this simple tale in a deeper, more spiritual sense. Perhaps “Bree” could be interpreted as the savior and “Shasta” a mortal in need of deliverance from the ownership of the devil (the nobleman wishing to purchase “Shasta” from “Arsheesh”). Or maybe it just is what it is, a free style fantasy story.

Nevertheless, like all of Lewis’s works, it provokes the reader into thinking more intently about life, morals, and the ongoing battle between good & evil.

I’m looking forward to the other tales of the chronicles.