American Creation: Triumphs and Tragedies at the Founding of the Republic – Joseph J. Ellis

My study of the beginning of the United States of America continues with this text by the author Joseph J. Ellis, who is well known and respected as an historian specializing in American history. 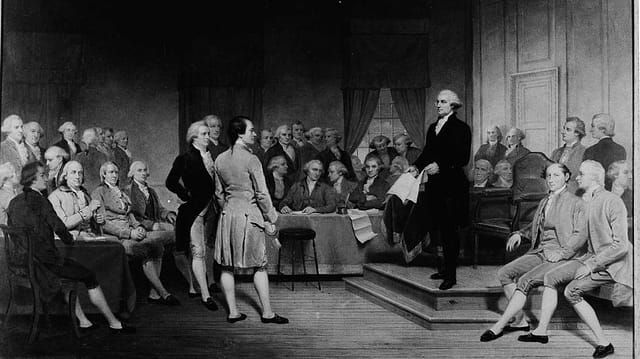 American Creation: Triumphs and Tragedies at the Founding of the Republic by Joseph J. Ellis
My rating: 3 of 5 stars

Being on a “birth of our nation” reading crusade over the last year, I decided to add American Creation to the mix to help piece together events that occurred during the formation of the United States of America. This is my first experience with Joseph Ellis and I was quick to notice the level of detail involved in his writing. He is obviously very analytical and delivers his views of the subjects from a favorable, as well as a not so favorable, vantage point.

Some of the points Ellis makes in American Creation seem contradictory from other accounts that I’ve read of the same instances, but perhaps Ellis is merely adding a personal assessment to some of the issues, which he seems to do from time to time, or perhaps the Ellis version is the more accurate.

Ellis did a good job in tying together events of the period of which I felt unclear of beforehand, which was my initial expectation in choosing this book, however; it seemed that this work may have been pieced together from notes of his other, more highly acclaimed books of the period, so that maybe he could emphasize the failures over the successes. I intend to read more of Ellis, particularly Founding Brothers: The Revolutionary Generation, His Excellency: George Washington and American Sphinx: The Character of Thomas Jefferson, to get a better feel for the author’s scope of the era.