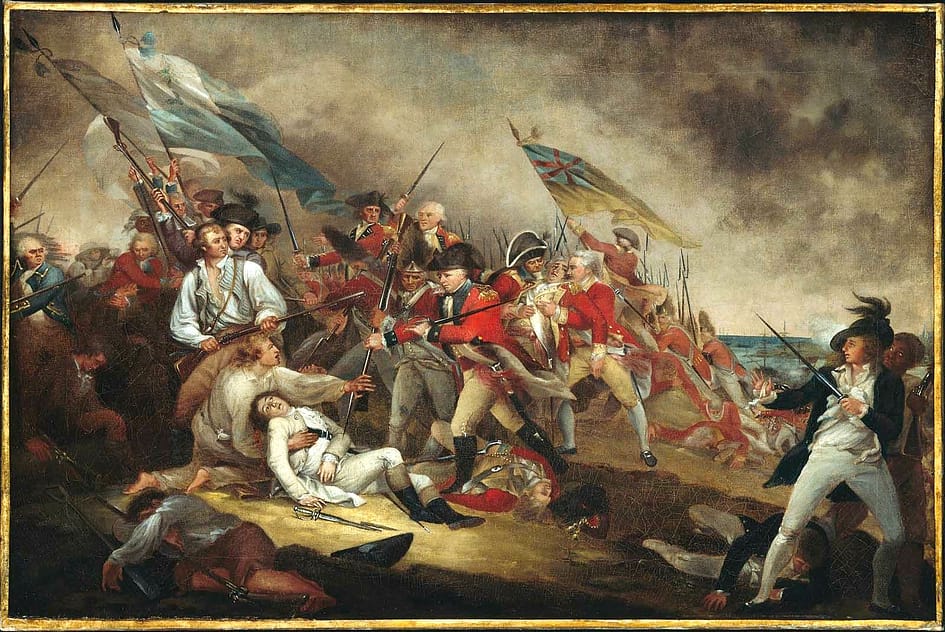 Since reading Walter Isaacson’s Ben Franklin: An American Life last year, I’ve been on a learning campaign of the formative days of our United States. What most of us were taught of American history in grade school, merely puts a scratch on the surface of the full saga. Not only from an educational standpoint is it important, I believe, that we as Americans refresh ourselves to the birthing pains of our forefathers and never forget that what we have today, and oftentimes take for granted, was earned – the hard way.

Bunker Hill: A City, a Siege, a Revolution by Nathaniel Philbrick
My rating: 4 of 5 stars

The title is slightly misleading as it covers a great deal more than just the battle known as “Bunker Hill”, which is also a little misleading because the battle actually took place on “Breed’s Hill”, but those are merely trivialities. It was a great read, as I knew it would be since reading Philbrick’s earlier work Mayflower: A Story of Courage, Community and War a few years back.

In less than 300 pages, Nathaniel Philbrick wastes no words in detailing the events and characters of the time, resulting in quite a learning experience for the reader. I never realized how quickly the rebelling colonists earned the respect of the British military leaders (the greatest military power on the planet at the time) who didn’t take the situation very seriously at all in the beginning, truly believing that they would quell the uprising by flexing their military muscle. I also was not aware that the battle of Bunker Hill was the bloodiest battle of the entire Revolutionary War.

David McCullough’s great book 1776 touches on some of the topics described in this one, but Philbrick adds a little more of a personal dimension to the events, like his account of the Burgoyne play at a theater in besieged Boston during the frozen winter where the English “top brass” and their wives were being amused at the mockery of the provincials when interrupted by a British sergeant running onto the stage alerting the crowd of a rebel attack, which the patrons at first applauded believing it to be part of the act.

It is also evident that Philbrick did extensive research for this book by the size of the notes section at the end.

I recommend this to all history aficionados (especially American history) to add to your collection.