The Tide At Sunrise: A History of the Russo-Japanese War 1904-1905 by Denis Ashton Warner, Peggy Warner 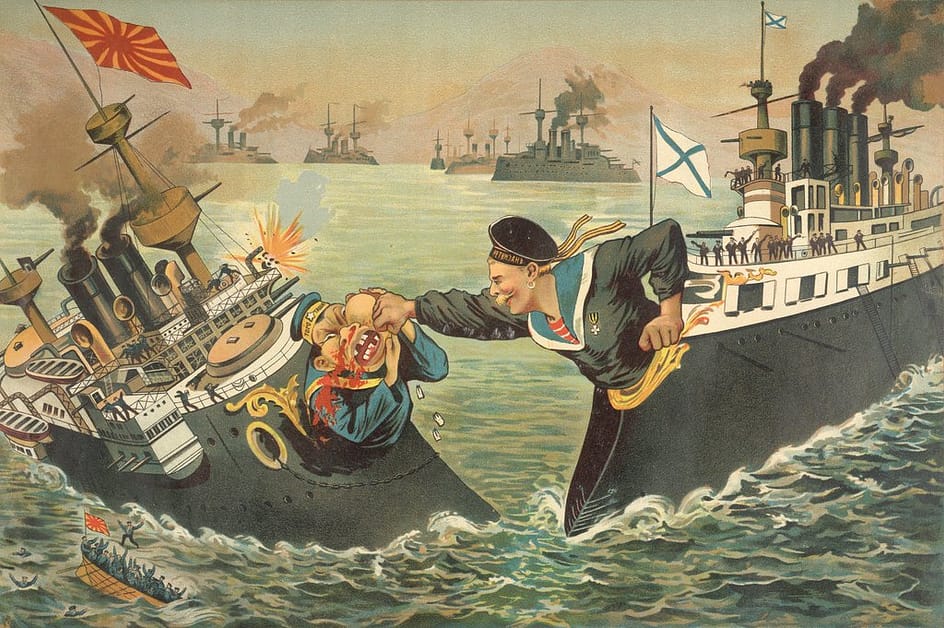 When I was a youngster, Dad and I went to see the silent movie classic, Battleship Potemkin, at the Duke University student cinema. Reflecting on the movie decades later, I decided to delve into The Tide at Sunrise, a history of the Russo-Japanese War written by Australian journalist, war correspondent and historian, Denis Warner and his wife Peggy, both of whom are authorities on modern Asian history.

Seeing the silent classic “Battleship Potemkin” as a youngster, I recently decided to do a little research on the Russo-Japanese War of 1904 to 1905. Denis Warner, considered an authority on Asian affairs of the twentieth century, with his wife, Peggy, also a journalist, co-authored the book.

Thirty-seven years before Pearl Harbor, the Japanese executed a sneak attack on the Russian Navy, while it was anchored in Port Arthur at the southern tip of China’s Liaodong Peninsula, without warning or a declaration of war. The two events are eerily similar in many ways, even the flagship of the attacking Japanese naval forces at both Port Arthur and Pearl Harbor, flew the very same battle flag.

It seems that the causes of this war, one of the first true modern wars, were the root causes for the later World Wars, Korean War and Viet Nam War.

It is amazing to me, that the US could be caught completely unaware at Pearl Harbor, when the sneak attack on Port Arthur was relatively recent in the timeline of world events, especially regarding Imperial Japan in Eastern Asia and the Pacific within the first half of the twentieth century.

Also amazing, is the fact that the land battle at Mukden, Manchuria, consisted of the largest array of opposing armies ever put together, second only to the battle of Sedan during the Franco-Prussian War, three decades earlier.

A great deal of research was obviously put into the production of this interesting and informative history!

I couldn’t put it down until the very end.