The Wise Men by Walter Isaacson 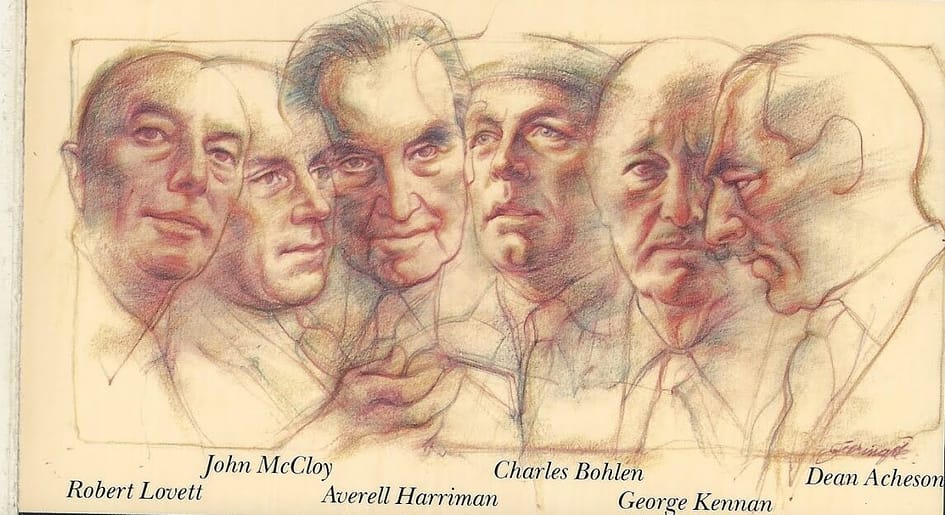 When we think of how the modern world was apportioned out among the victors of the Second World War, we usually see the images of the “Big Three” – Stalin, FDR, and Churchill (Chang Kai-Shek purposely excluded). However, the real characters that influenced the state of the world, which is still intact to this day for the most part, include 6 American diplomats.

The Wise Men: Six Friends and the World They Made by Walter Isaacson
My rating: 4 of 5 stars

Amazing how the “Big 3”, FDR, Churchill, and Stalin, were mostly just figureheads in the post-war planning of the globe as it still stands today for the most part. But the “nuts and bolts” that influenced the planning comprised the six characters that are central to this book.

While the majority of the Wise Men and their proteges had bonds from elite, east coast schools, others joined from less prestigious and even rural backgrounds. Though all of the six main characters had their blatant flaws and weaknesses, it was the unique talents of each individual and the chemistry of them working toward common ideals that made them so effective.

Also, the massive amount of self-sacrifice put forth by these individuals shows how immensely the “values” of “the greatest generation” have deviated, most notably since the Viet Nam conflict.

Though it was a fairly lengthy read, and at times seemed rather grueling, it definitely was a worthwhile endeavor by the time the final paragraphs were reached.

A fascinating read, by an author who has proven his worth, time, and time again.