Trail of Tears: The Rise and Fall of the Cherokee Nation – John Ehle 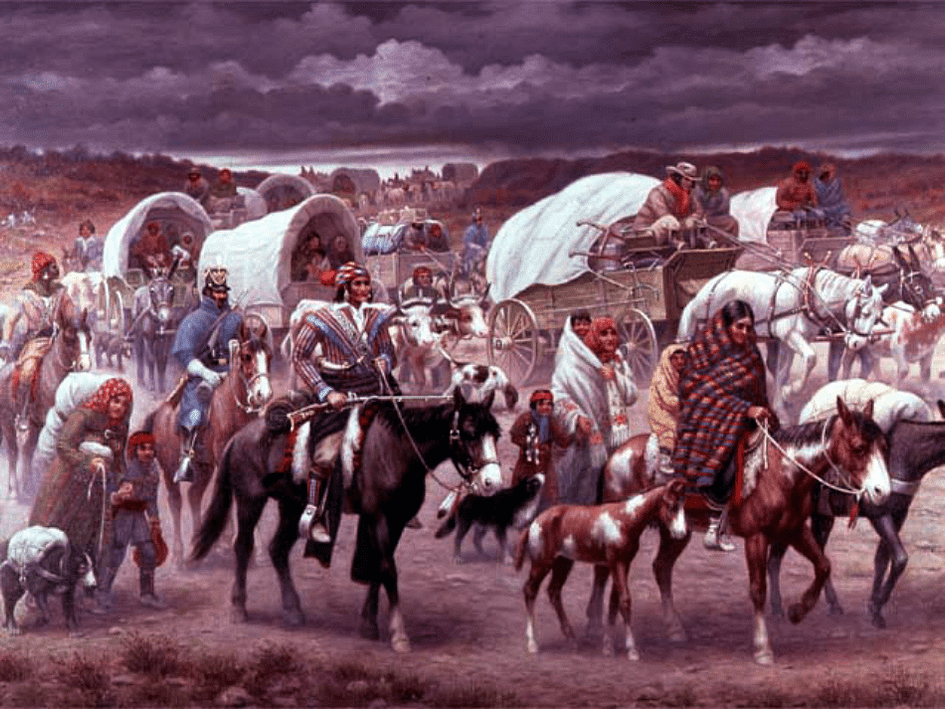 Before Custer’s last stand and the massacre at Wounded Knee, there was President Andrew Jackson’s “Indian Removal Act” of 1830, a policy that took three painful decades to bring to fruition.

Trail of Tears: The Rise and Fall of the Cherokee Nation by John Ehle
My rating: 4 of 5 stars

Reading Trail of Tears, made me perceive the United States as being younger. A sense of Déjà vu emerges between what was happening during the early years of our developing nation and events of the 1960’s in the same areas of the country, the difference being the opposing skin color. The overlap of two brands of racism is hit upon in the account of the expulsion in Florida at the later period covered in the book where the Seminole’s were quelled but there remained an influx of escaped slaves taking refuge from the southern white man’s domination (to their north).

The reversal of the attitude by whites over the last one hundred years, to attract Creek, Cherokee, and other native American tribes to their ancient home lands for the sake of promoting tourism and other business, puts both ordeals into perspective.

The cold facts as addressed in this book can be shame forming.