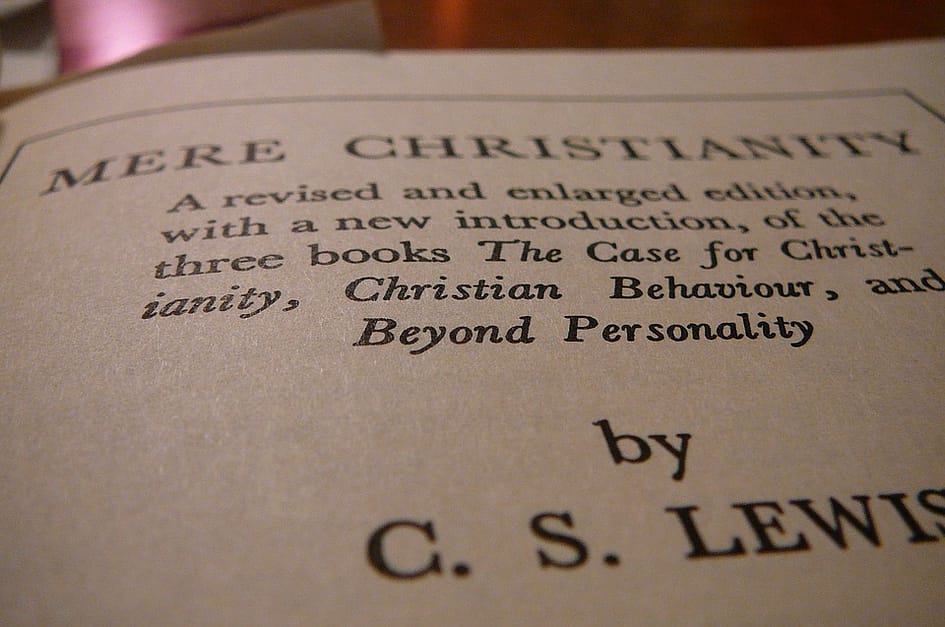 The Chronicles of Narnia and The Screwtape Letters by C.S. Lewis have been on my “to read” list for quite some time, however, after recently running across a copy of Mere Christianity, I decided to delve into it first.

From a series of Lewis’s BBC radio broadcasts during the Second World War, Mere Christianity was first published as 3 books – The Case for Christianity, Christian Behavior, and Beyond Personality. Lewis “tweaked” the written versions to re-publicize his messages through a different medium (i.e. without voice inflection, volume, etc.) resulting in the creation of the classic Mere Christianity.

Mere Christianity by C.S. Lewis
My rating: 3 of 5 stars

The beginning pages show interesting angles and aspects of looking at reality but as the text went on, it seemed to have led into circles. After listening to the narratives, the written version was more clear and concise than the oral representation – in my opinion. Lewis does make the reader look at things in a different light and provokes one to think about the universe in greater depth, though perhaps too much.

This being my first experience with the writings of C.S. Lewis, I can certainly understand how he is included in the ranks of classic authors of the twentieth century.