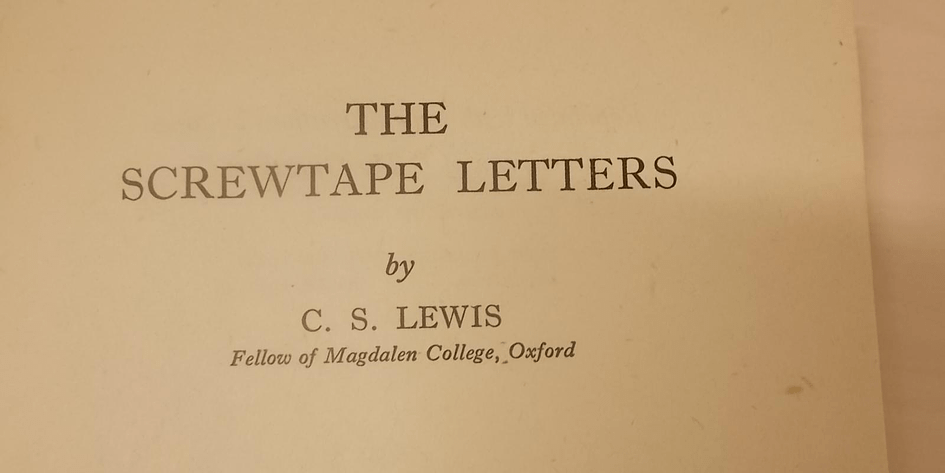 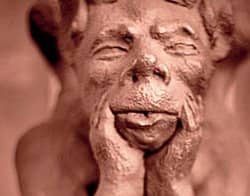 Having been on my “to read” list for a few months, I finally got my hands on a copy of “The Screwtape Letters” by renowned British author C.S. Lewis.

Recently I’ve embarked upon a theological/philosophical reading crusade which, of course, includes C.S. Lewis, one of the most widely read modern authors of the genre. Though I’ve been Christian all of my life by family tradition, I do keep an open mind regarding other forms of beliefs and guidance. Lewis was once considered aetheist who later turned Christian and through his works provides strong arguments for his faith to anyone who may be “on the fence”.

The Screwtape Letters by C.S. Lewis
My rating: 3 of 5 stars

C.S. Lewis’ unorthodox approach of viewing the ever-going battle between good and evil, I thought was very clever and original. The last Lewis I read became a little bit tiresome, but this one read very quickly, especially being that it consists of nothing but letters.

Getting into the reading, I noticed an uneasy feeling – as if my ex-mother-in-law were writing these letters to my ex-wife years ago. In the afterword, the author himself admits to experiencing discomfort while creating it and was reluctant to follow-up with additional works in the form of letters (as he was urged by his fans) until eventually creating the last treatise which is included at the back of the edition that I had.

I’d been recommended “The Screwtape Letters” by a couple of close friends and I’m glad I took them up on their advice. I would also recommend it – perhaps, you’ve experienced your own “Uncle Screwtape”.